The most valuable stamps of today are some of the worlds rarest old stamps worth money.

Owning rare stamps which has since risen to limelight and now considered to be some of the worlds most valuable stamps are the best postage stamps any good stamp collecting professional or beginner can ever own.

If you own a single piece of one of the rarest stamps in the world today, you will automatically become a celebrity and rise to fame in the stamp collecting industry. Because, a rare stamp can turn any stamp collection to what every stamp collector out there will refer to as gold.

These questions has since become some of the most frequently asked questions by both budding stamp collectors and those in possession of inherited albums or stacks of stamps.

Other questions are either relating to the most valuable British stamps, rare German stamps, most valuable stamps of the 90s as well as the price list of old stamps.

SEE ALSO: Complete guide on Where to buy stamps near you – A detailed list of places where you can buy stamps outside the post office.

The Most Valuable Stamps Ever Printed: Top Rare Old Stamps Worth Money

Here then is a reviewed list of the most valuable stamps in the world today:

The British Guiana One Cent Black on Magenta is the rarest and most valuable British stamp in the world to have ever been printed.

The rarest and most valuable stamp in the world right now is the British Guiana 1c Magenta, with an estimated value of 9 million Euros, it is considered as the most valuable and expensive stamp ever printed.

As depicted by Mirror UK, “There is only one left in the world.”
At the time, all the colonies had to wait for stamps to arrive from the UK. The boat was delayed, and the postmaster created his own collection of stamps.

This stamp was auctioned in New York for $9.5 million (£6.4 million). It’s in appalling condition and it was not even printed on proper Royal Mail stock.

For such a long time, the 1856 one cent “Black on Magenta” of British Guiana was considered to be the most valuable British stamps and also one of the most expensive stamps in the world because of its availability and scarce quantity. It all dates back to 1856, when the former colony of British Guiana was in an urgently need of an extra supply of stamps but didn’t have such a luxurious time to wait for a fresh stock of new stamps to arrive from England where they were normally produced.

In a bid to make ends meet, the postmaster of British Guiana asked the publishers of the Official Gazette newspaper in Georgetown to swiftly print an emergency issue for local use. Instead, crude looking designs were printed in one cent and four cent denominations. While the one cent stamps were meant for newspapers, the later (four cent counterparts) were intended for postal correspondence.

Prior to the design of this “rear stamps,” the local designs were printed in black ink on low-quality magenta-colored paper. In addition to that, they also featured an image of ship in sail, and the lettering “Black Guiana” also with an inscription of the colony’s Latin motto “Damus Petimus que Vicissim” (“We Give and We Seek in Return”).

The stamp had a rectangular shape with its corners snipped off, which made it look more like an octagon. Each sample was initialed by a post office employee as a security measure against possible forgeries.

However, production of the stamps was soon discontinued for an obvious reason which is because it was produced as an emergency supplement and not to replace the what was, as at that time. In 1873, a 12-years old Guamanian boy discovered an octagon-shaped one cent “Black on Magenta”, postmarked April 4, 1856 and bearing the initials “E.D.W” just right there in his family’s attic.

He however did sell the stamp to N. R. McKinnon, a local stamp collector, for a very small sum. As time went by, the uniqueness of this stamp created a buzz in the philatelic circles, as no other copy was ever discovered. Later in 1980, it was auctioned to John Dupont at a huge sum of $935,000. Currently, the value of this rare stamp is estimated to be worth over $9m (9 million dollars).

Unlike other rare stamps which are considered valuable because of how and where they were used, the Mauritius post office error Stamps is famous and very rare for some unique errors it had. The obvious been the stamps having the words “Post Office” instead of “Post Paid.”

]In 1847, the Governor of the Mauritius Island, a British colony located right there in the Indian Ocean, ordered to issue the colony’s first postal stamps, and awarded the contract to a local watchmaker from the capital city of Port Louis to produce two nominations: one penny and two pence. During the course of printing, the governor’s wife rushed him to make these postage stamps to be used on the inaugural ball invitations.

The watchmaker then in a bid to quickly get the job done, forgot to crosscheck everything and didn’t notice he had engraved the words “Post Office” instead of using the correct words “Post Paid” on the stamps in error. By the time the error was discovered, over 200 copies of the Mauritius stamps had already been printed and distributed.

As reports may have it, there are less than 30 individual copies of the Post Office Mauritius rare stamps have survived until today. Hence, they have been valued at around $600,000 (six hundred thousand dollars) or more, it all depends on the condition of the particular stamp being sold.

In 1993, a cover bearing two of these stamps was auctioned for a whopping $3.8 million, the highest price ever paid for any philatelic item, furthermore making these set of old stamps one of the worlds most valuable stamps as well as a very rare stamp just anyone can buy.

Call it a 3D or a one out of three stamps and you still wont be wrong at all. Here again is another set of old stamps now turned a very rare stamp any collector can find, and has thus become one of the worlds most valuable stamps you will ever find. All because of an error.

In 1855, Sweden issued its first series of stamps which featured the Swedish coat of arms. The stamps were available in a number of denominations ranging from 3 to 24 Swedish skillings.

Each denomination was associated with a different color, which sometimes created confusion in printing houses. As with other likely errors encountered during printing, instead of the usual blue-green color used for this denomination, one of the three skilling stamps appeared on a yellowish orange paper meant for the eight skilling stamp of the same set.

In 1885, a copy of the yellow error variety was discovered by an intelligent young Swedish boy in his grandfather’s collection. Up until today, the exact number of the mistakenly printed stamps is yet to be known.

The Sweden three skilling banco, yellow color error, 1855 old stamps is often referred to as s one-of-a-kind very rare stamps, with reason been that no other copies have been discovered in the last few years till date. In 1996, the stamp was auctioned to an anonymous collector and highest bidder for a whooping sum of $2.3 million (two million, three hundred thousand dollars).

For the records, this is one of the most famous rare stamps, expensive and also a very valuable stamp. Yes, we are talking German postage stamp “Baden 9 Kreuzer Error stamp. The reason? Error. This particular postage stamp is known everywhere around the world because there are only 4 copies of this stamp available.

While these stamps were originally planned to be printed in pink, several sheets were instead printed in green, which can be traced to a printing error. Philatelists and the public seem to know only about 4 copies of Baden 9 Kreuzer Error. The only one unused was auctioned on the 3rd of April 2008 for a total amount of $1,545,000.

As stated on the official website of the National Academy of Philately of Russia, there are only five specimens of this site which have been preserved. In 2008, at David Fieldsman auction, one of these unique stamps was sold for around €480,000.

In 1851, the very first Hawaiian stamps appeared. Fast forward to this present day, these stamp designs are often referred to as the “Hawaiian Missionaries” The reason for this is because they were frequently used by American missionaries on the islands where they lived, to send letters back to the continental United States.

New stamps were later released in Honolulu, and they came in 3D (three denominations: 2 cent, 5 cent, and 13 cent respectively). Basing on the ground that the first “Hawaiian Missionaries” were crudely engraved and printed on thin and poor quality paper, very few of thees collections have survived and are today considered to be an extreme rarities.

Of all the sets printed, the lowest denomination (the 1851 two cent version), turned out to be the rarest of them all. From the information gathered, only about 16 copies are known to still exist today. An unused two cent Missionary is valued at about $760,000, while the same stamp in a used condition can go for somewhere around $225,000.

Before you even start reading anything about this particular rare stamp which is arguably one of the worlds most rarest and valuable stamps, get this straight, “There is just a single copy of this postage stamp remaining.”

When you consider the amount at which this stamp sold for back in its days (1 peso), you might go “oh my God! What the ffff.” The Buenos Aires 1859 1p “In Ps” tete-beche pair is an extremely unique and very rare postage stamp and also the only one “tete-beche” pair of postage stamps produced back then on the territory of the State of Buenos Aires.

Now you know what some of the worlds most valuable stamps are, their history which is what makes them rare and the reason why they are now also some of the rarest stamps to have ever been printed in the world. Although they are old stamps, they are still very much active in postage stamps collecting today.

Arguably, it is every stamp collectors dream to own any of these rare stamps and have them in their stamp collection. The only problem here is that, these stamps are really very rare which further puts them in the most expensive stamps list for all stamp collecting professionals and beginners alike. 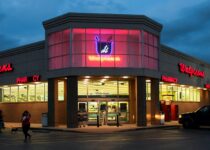 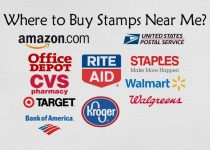 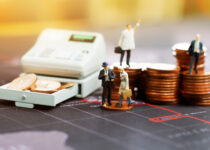